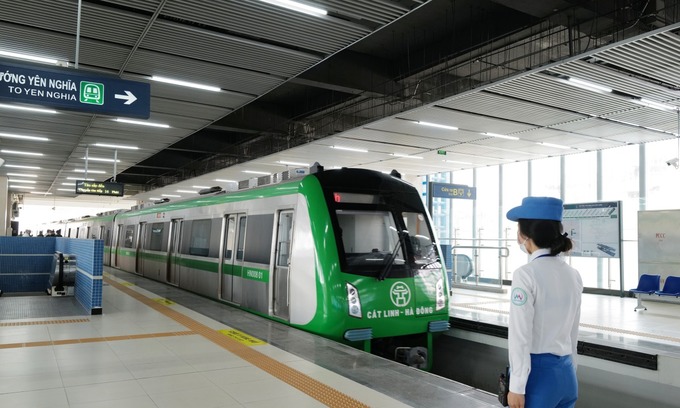 The service, Vietnam’s first, would help increase the number of public transport users, and together with the nine other routes planned, form a key transport network to help reduce traffic congestion, the city Deputy Chairman, Duong Duc Tuan, said.

A full trip on the 13-kilometer elevated track will take 23 minutes after stopping at all 12 stations.

In the first week, the service will be from 5.30 a.m. to 8 p.m. every day with a train every 15 minutes. The frequency will be increased from the second week with a train leaving every 10 minutes.

After six months, the service will be extended to 10.30 p.m., and there will be a train every six minutes during rush hour.

Its cost increased by 57 percent from the original estimate to VND18 trillion ($868 million), with 77 percent of it coming from official development assistance loans from China.

The city of 8.3 million people is plagued by traffic congestion during rush hour due to the large number of motorbikes and cars. 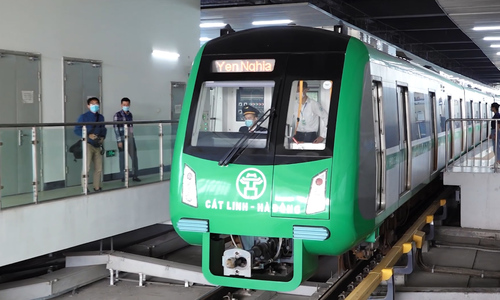