Vietnamese automaker VinFast has launched a luxury SUV, the VinFast President, to take on global brands like Lexus and Mercedes. – VnExpress International 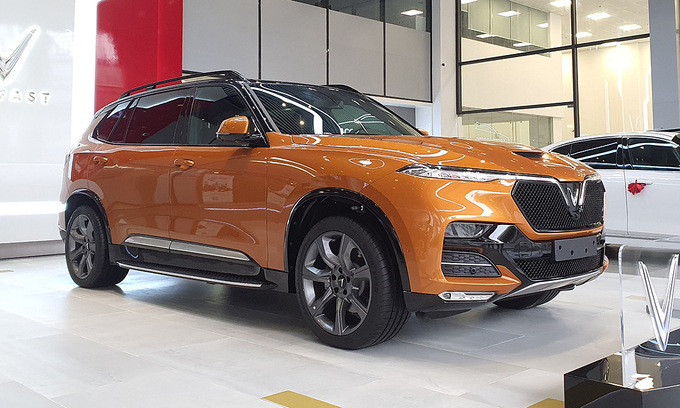 A VinFast President SUV seen in a dealership in Hanoi. Photo by VnExpress/Hoang Hai.

To cost VND4.6 billion ($198,200), the seven-seater looks similar to VinFast’s first SUV, the Lux SA2.0, but with more advanced technologies and frills like massage and heated seats.

VinFast will produce only 500 units and sell them exclusively in Vietnam. The first 100 customers will get a 17 percent discount on the price.

The vehicle signifies the ambition of VinFast, a unit of Vietnam’s largest conglomerate, Vingroup, to enter all segments of the auto market after bringing out its first vehicle in July last year.

Its other offerings are the VinFast Fadil hatchback, Lux A2.0 sedan and Lux SA2.0 SUV.

The company sold 5,124 cars in the first quarter of this year to rank fifth in sales behind Hyundai, Toyota, Kia, and Honda.