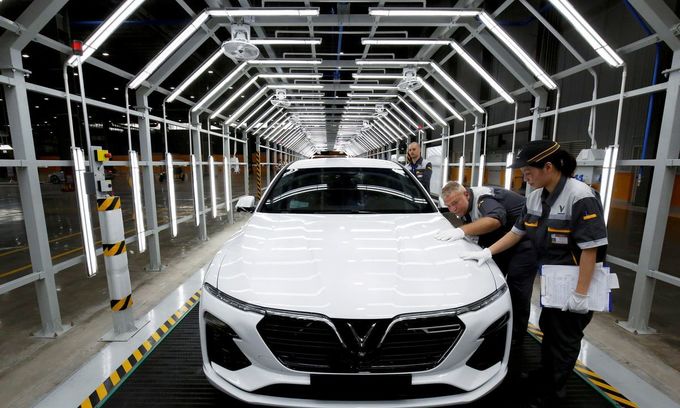 Workers at VinFast’s auto plant on the occasion of its opening ceremony in Hai Phong City, June 14, 2019. Photo by Reuters/Kham

VinFast will invest over $200 million and create at least 1,065 new full-time jobs in the state, the governor’s Office of Business and Economic Development announced Nov. 4.

“VinFast is planning to bring its all-electric sport utility vehicles (SUVs) to the U.S. next year, and we wanted to make sure that it chose California for its U.S. headquarters,” Scott Dosick, deputy director of the California Competes (CalCompetes) Tax Credit, said.

“The CalCompetes tax credit is one of California’s greatest tools for recruiting businesses to California when they are being actively courted by numerous states. We are proud that VinFast will call California home”.

It is aiming to debut in the U.S. with two battery electric SUVs and set up 60 showrooms across the country next year, the company said.